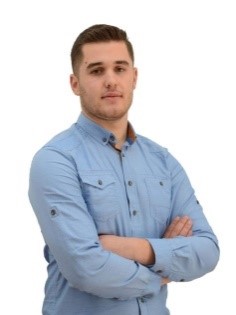 As the chairman of this independent structure, resulting from free and fair elections, applied in a model system

election, together with the members of the Student Council, respecting the tradition of generations in “Luarasi” and the desire to follow the relay and a positive example to future generations, in our vision and daily work we take care to hear the voice of students in academic and administrative leadership ¸ not only within our institution, but wherever we have influence; to follow the problems and requirements of each student; to enrich the academic activity with innovative ideas generated by students; as well as enliven life in university auditoriums.

The Student Council “Luarasi” is not only a union of students and interests for academic growth, but a union of human and artistic values, which we reflect and cultivate year after year in our activities. I am very proud to lead the Student Council of Luarasi, which has already become the main collaborator of other student structures in the country, and with conviction in the most positive model for its constitution and performance.

STATUTE OF THE STUDENT COUNCIL

KS Luarasi, since its reorganization, during the period 16/11/2016 – 13/03/2017, has organized and had its representatives participating in the following activities, which are organized and executed with the assistance of professors and academic staff of KU Luarasi, as follows:

On 02/12/2016, representatives of KS Luarasi were active participants in the three-day Symposium on “Corruption”, organized by the US Embassy.

1.New Year’s Evening, organized on 12/19/2016, in the premises of “Xheko Imperial” where participants were students and also invited were lecturers, who supported the organization and honored us with their participation.

It was the representatives of KS Luarasi and the students who expressed in the homes of these families the warm spirit of the holidays under the logo “Be and you Grandpa”.

Chairman of the KSL Activities Commission